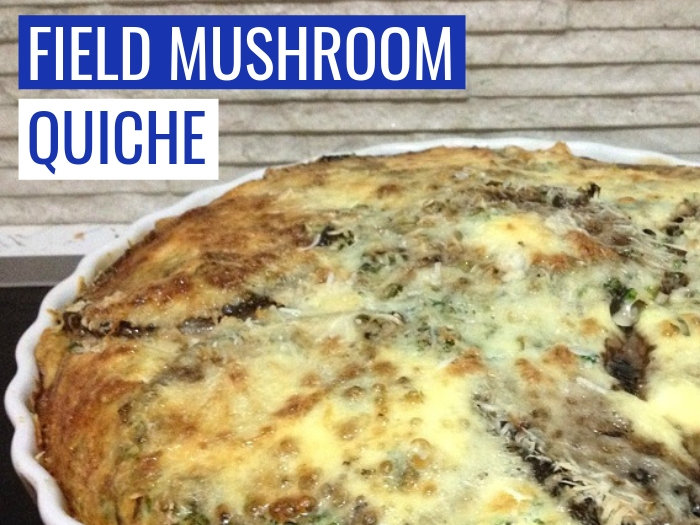 Ladies, does the man in your life throw a tanty if you so much as threaten to serve him a quiche? Glory be, mine doesn’t! But a lot of men that I know won’t have a bar of it.
Why? Is it too eggy?
No.
Is it too light?
No.
Is it smelly, or in any way untasty?
No!
If this phenomenon is unfamiliar to you, listen in. You are about to be shocked and appalled. The reason that a lot of men don’t like quiche is because it is allegedly un-manly.

That’s right, there are men out there who willingly deprive themselves of its eggy, bacony, pastry-y goodness because it just ain’t macho.

I have a friend who single-handedly fixed her problem with the fussy men in her life by making a quiche and declaring it simply to be an “eggy bake”. And with that, the guys were cured of their quiche issues. People, this is real life. Quiche is delicious. If you are a man who denies himself the pleasure of quiche based on this principle, you are missing out. And people are laughing at you. OK, that’s a bit harsh. Nobody’s laughing at you.

If anything, they feel a bit sorry for you. With their big mouthfuls of quiche.

Anyway, here’s a quiche recipe that’s manlier than the average.

Why? Because it’s filled with a layer of great honkin’ meaty tough-guy field mushrooms, that’s why. Check it out (before I added the egg mixture):

Yep, those are mushrooms alright! And salty prosciutto. And fresh chives. Mmmmm.

About 15 minutes after I took the photos for this blog post, Cupcake got stung by a bee and had an anaphylactic reaction. Puppy with throat spasms, $200 emergency vet bill, cold mushroom quiche for dinner. Quite the Wednesday night. This happened last week. It’s clearly still a bit fresh for me. Anywho. 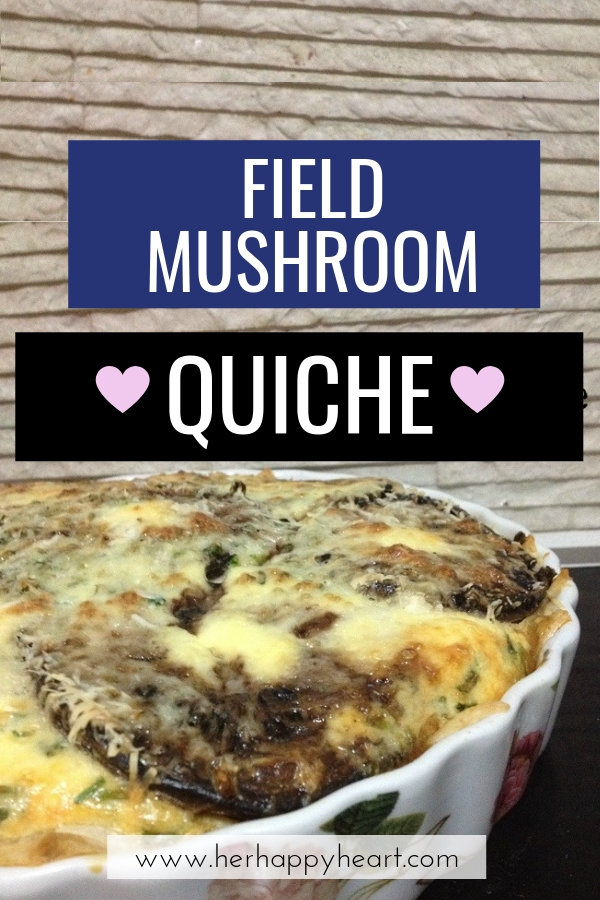 1. Preheat your oven to 180 C.
2. Spray a quiche dish lightly with olive oil. Lay the pastry down as a base.
3. Melt butter in a skillet. Toss mushrooms in butter until they have softened and flattened a bit. Set aside to cool.
4. Sprinkle prosciutto over pastry. Combine eggs, cream and milk in a mixing bowl. Whisk until completely combined.
5. Once mushrooms have cooled (you don’t want them pre-cooking the eggs!) place them in a single layer on top of the pastry. Scatter chives all over the top. Pour egg mixture evenly into the dish. It doesn’t matter if some of the mushroom sticks out – I think it adds to the rustic charm of the dish! That’s my excuse, anyway.
6. Sprinkle with pecorino, crack some black pepper over the top and place it in the oven. Bake for about 30-40 mins, or until the middle is set.

And there you have it. Chunky, slightly manlier quiche!