I made this soup as an entrée for a group of friends last month – just a recipe I’ve developed over a few years of trial and error. They told me it was the best pumpkin soup they had ever had – one friend even said it was better than their Nanna’s! I was pretty chuffed, but it is pretty darn good and super easy. Don’t be scared off by the cooking time; that’s how the ingredients become so flavourful. For most of the cooking time, you just need to be nearby and waiting for the timer to go off! 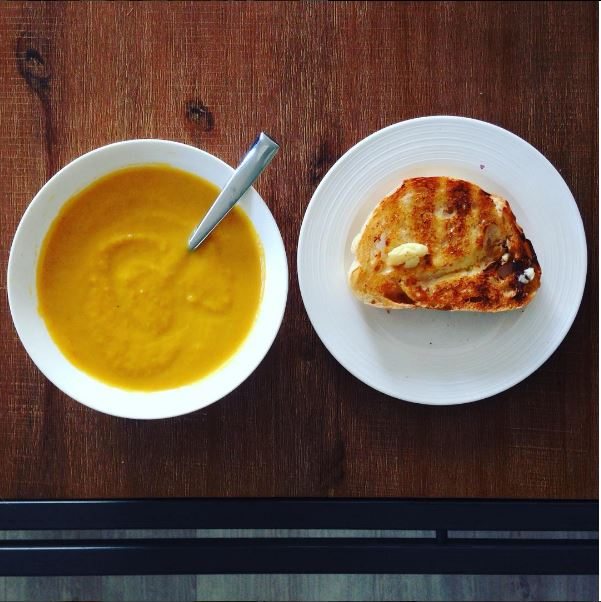 *If you want to change this recipe up a little bit, try adding a tablespoon of red curry paste for a bit of a kick, or roasting a sweet potato with the pumpkin!