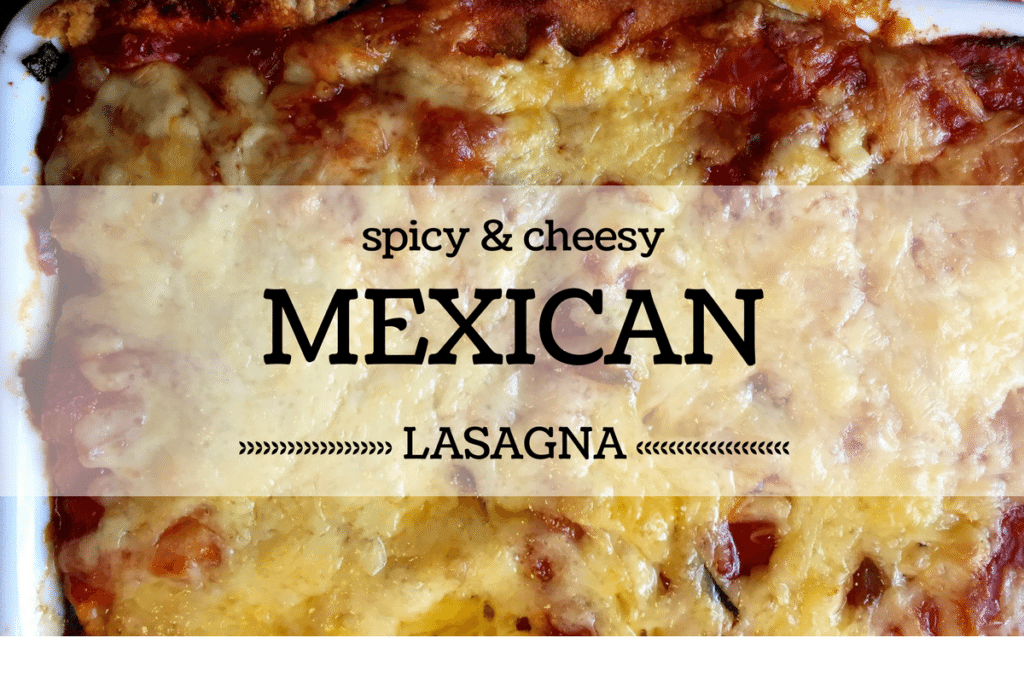 Or: Recipes I Received For My Bridal Shower That I Have Tweaked Beyond Recognition, Part II. 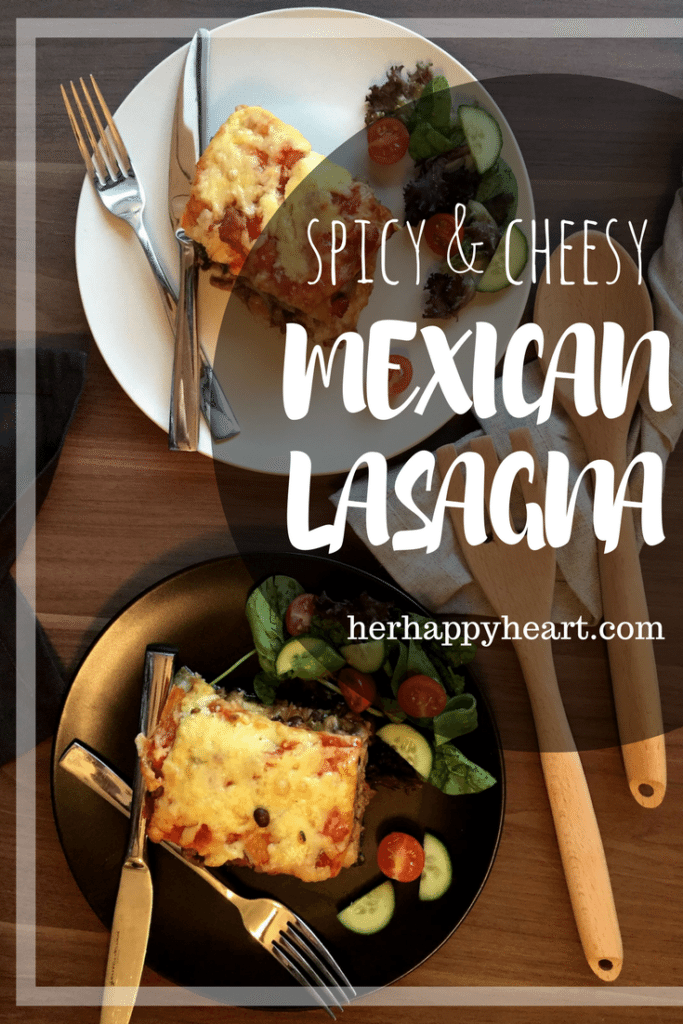 Yep, the bones of this Mexican Lasagna were gifted to me on a blue piece of paper; a hand-written beloved family recipe for a “Mexican Beef Tortilla Stack” from a friend and colleague. It was one of the first meals I ever cooked as a freshly married 22-year-old. It was delicious as-is, but there was something missing.

Did anyone else’s Mum creatively pack vegetables into everything she cooked when you were growing up? Mine did! And as a result, a meal without bulk veggies just doesn’t feel quite right to me. 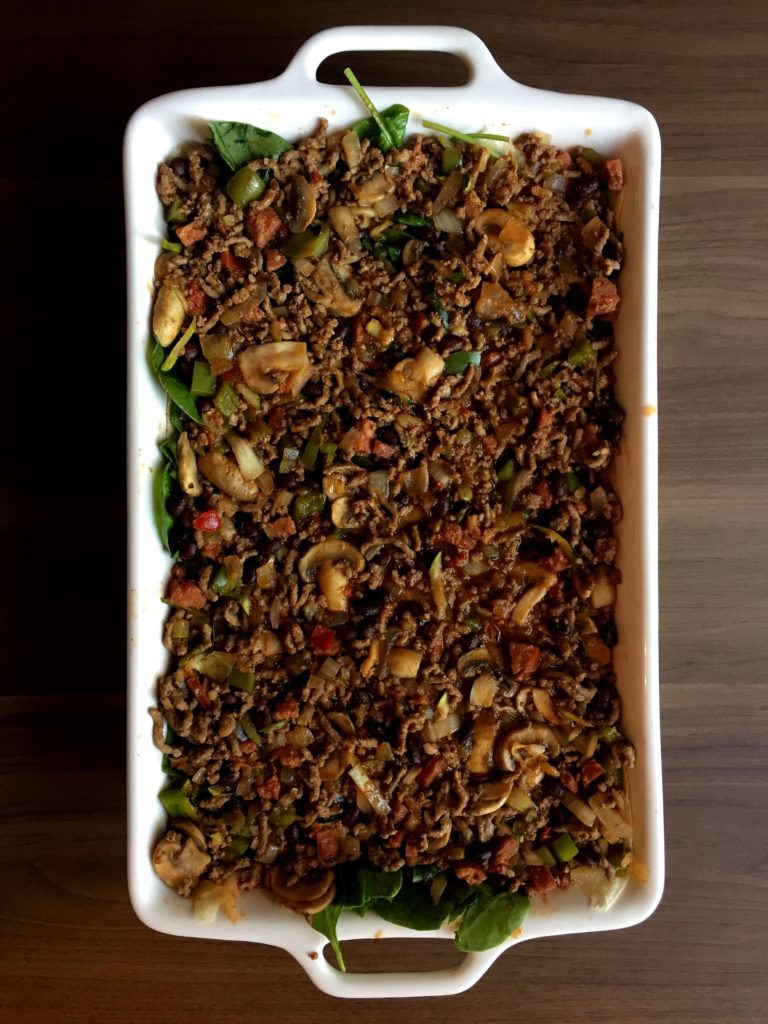 And so the tweaking began. I started adding mushrooms, then capsicum, then zucchini. I made it lasagna-shaped instead of tortilla-stack-shaped. And then I did something really crazy and threw in some chorizo one time.

And so a ridiculously delicious Mexican Lasagna was born.

I have a theory that some of the ugliest foods are the tastiest. And there’s certainly nothing very pretty about this guy. But what he lacks in aesthetics (or, ahem, photogenic-ness) he makes up for in robust flavours, crunchy edges and hot, gooey, melty cheese. And that’s a plate of food I can get behind.  Just the smell that fills the house when this thing is in the oven is enough to make me weep! 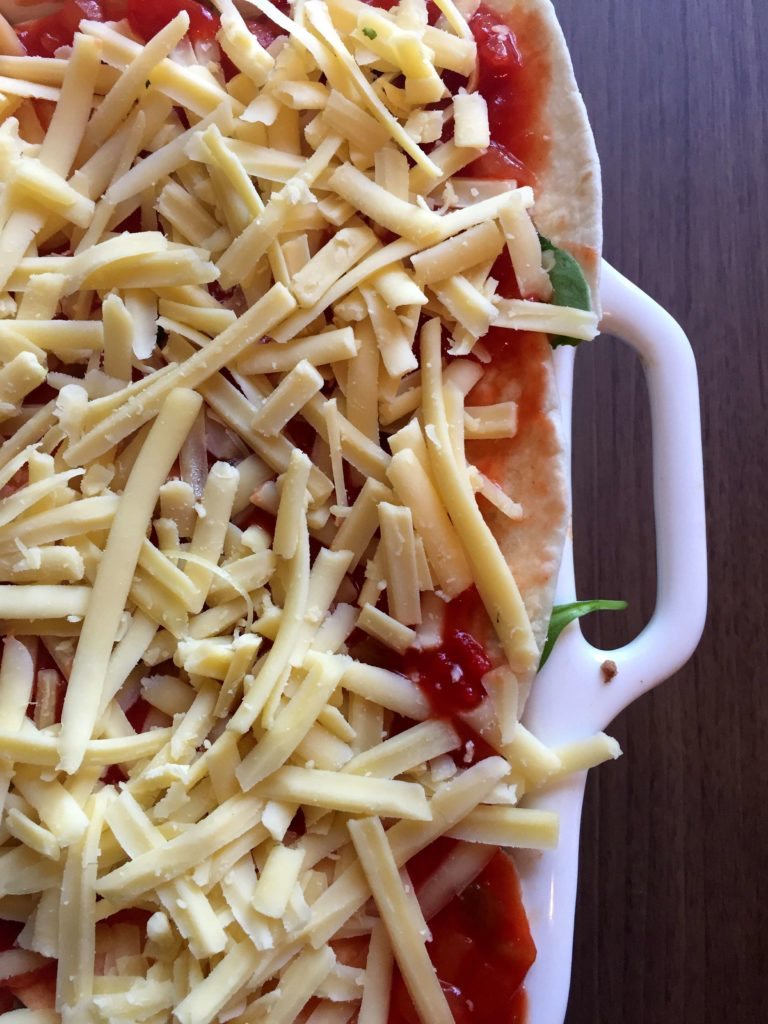 Now, this recipe makes one BIG BOY Mexican Lasagna. I make it giant-sized because I like serving it as left-overs a day or so later, and Chris loves taking it for lunch. So we get through it. Plus it’s fantastic to serve to a group if you’re having people over. Chris’s family adores Mexican food as much as we do, so I’ve busted this out once or twice for them and still had enough left for a couple of lunches. But the recipe can easily be halved if you’re after a more demure-sized dinner. You can also take the level of cheese down a notch or two if you want – we just like it nice and cheesy in this family! 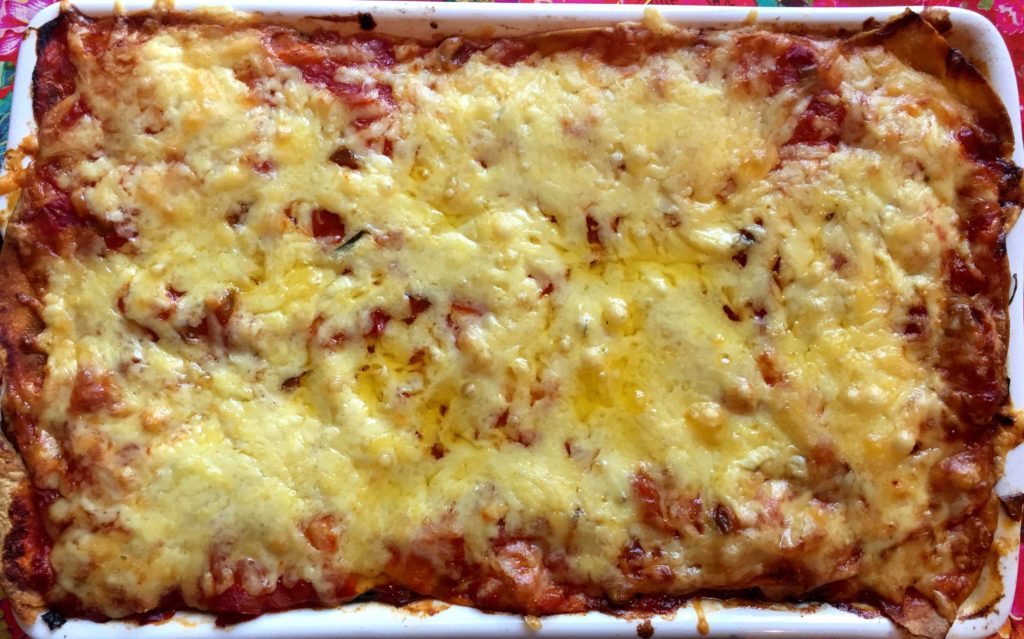 I love this with a big side-serve of salad – the freshness and crunchiness of salad really pairs well with the cheesy gooeyness. Plus it makes it all feel a bit healthier.

(PS If you’re a Mexican lover, this recipe might just float your boat too!) 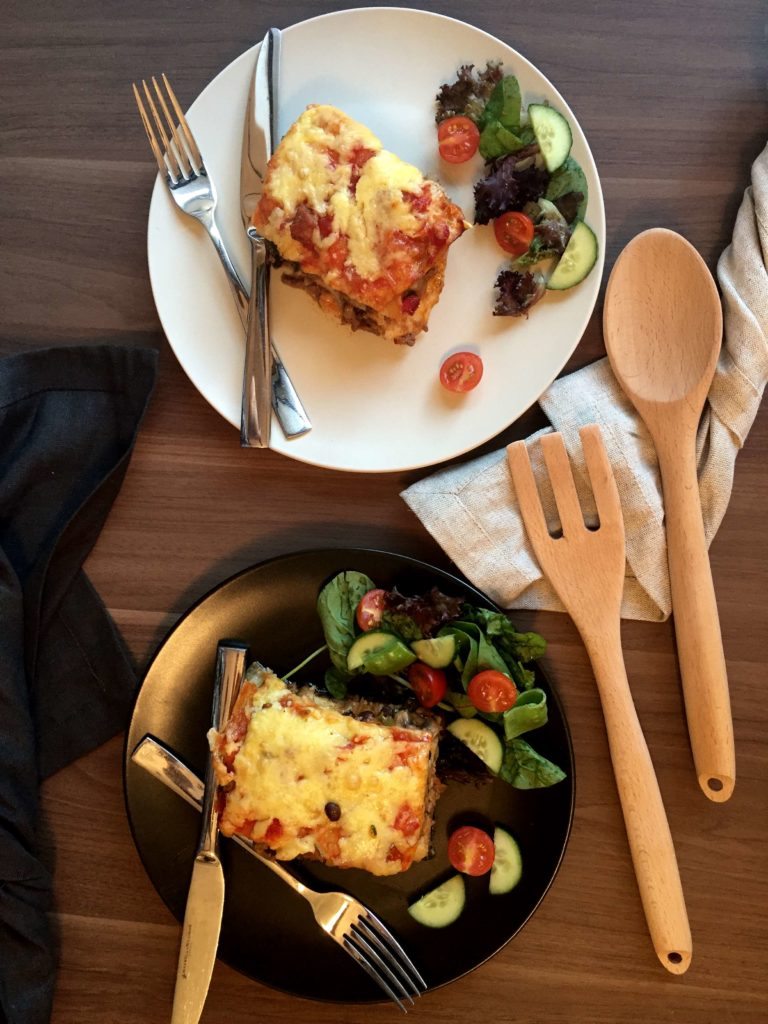 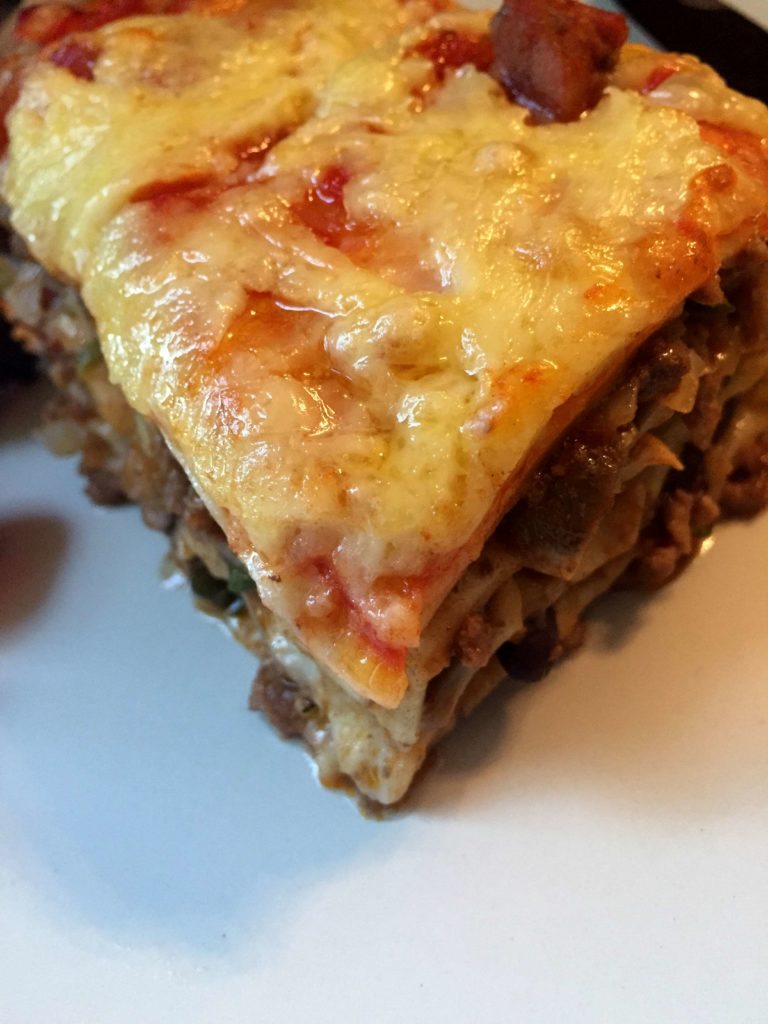 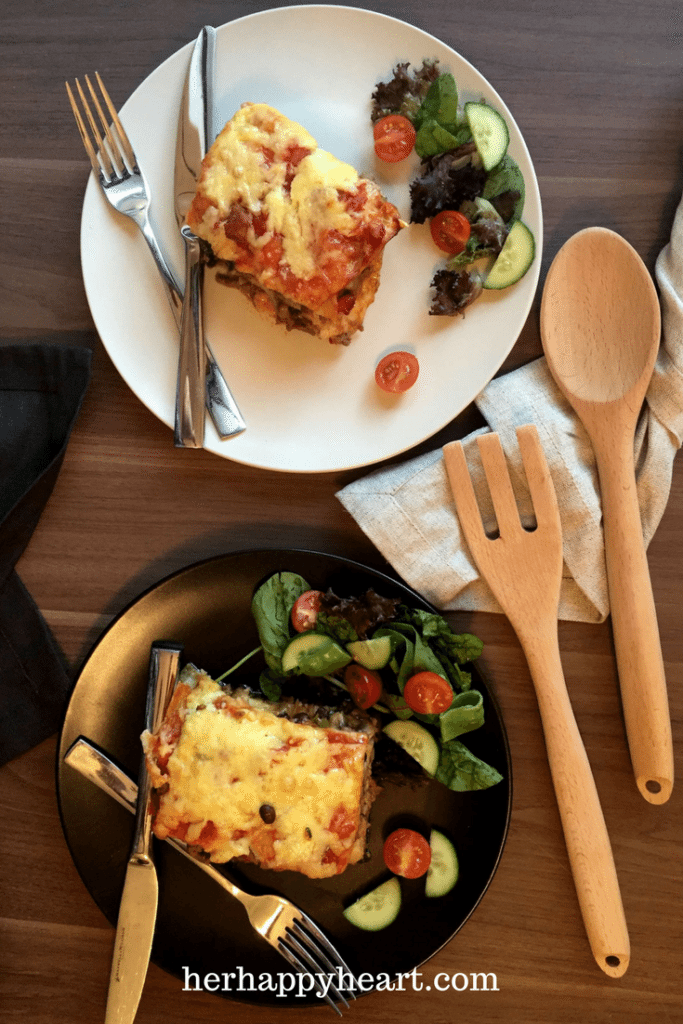 Previous Post: « 10 Easy Pick-Me-Ups to Brighten Your Day
Next Post: Five Things I Wish I Had Understood Before Becoming a Mother »