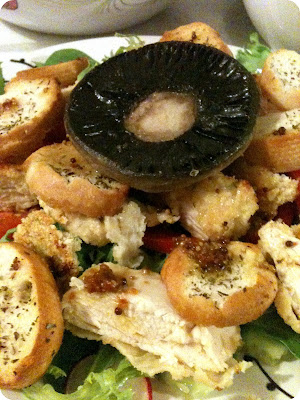 Hello friends! I’m really excited to be posting my very first recipe on this blog. It’s pretty fitting as it’s also the first meal I cooked in my new kitchen this week! This chicken salad sure ain’t rocket science, but it is freaking tasty, and that’s the kind of food I want growing in my kitchen.
Start by crumbing your chicken – you’ll want to slice a chicken breast in half to make it thinner (or you know, into multiple thin slices if you’re a noob at slicing chicken like I am). You’ll also want a plate filled with flour, another plate filled with fresh homemade breadcrumbs, and a shallow bowl with one beaten egg in it: 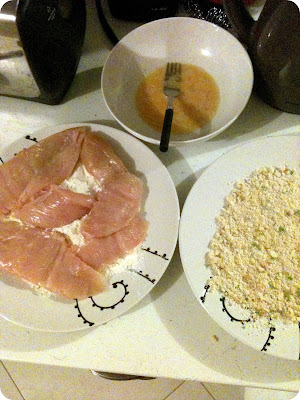 The reason that I prefer to make my own breadcrumbs is just because they give the chicken such a yummy texture! To make mine, I just ripped up 3 slices of bread and threw them in my mini food processor with a handful of parsley and about 1/8 cup of parmesan. Perfect and tasty.
Now what we want to do is follow these three steps:
1. Coat a piece of chicken with flour
2. Dip it in the egg (make sure it’s covered with egg, letting excess drip off)
3. Coat with breadcrumbs
Repeat this for all of your chicken, and lay the pieces out on a baking tray covered with baking paper. 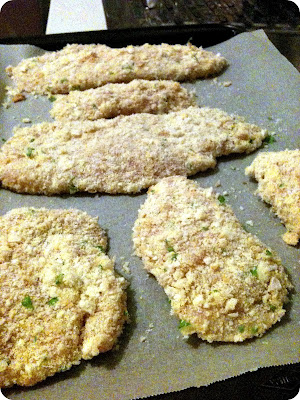 Sexy, if you’re into raw chicken…
Stick your tray into a pre-heated 190 degree celsius oven (that’s about 375F, non-metric friends!) Bake your chicken for about half an hour, or until cooked all the way through, flipping once about halfway through. Chances are it’s not going to be super crispy, but that’s OK. If you want it to be crispy, you can shallow-fry it in a pan, but I love how juicy and tender it gets in the oven. 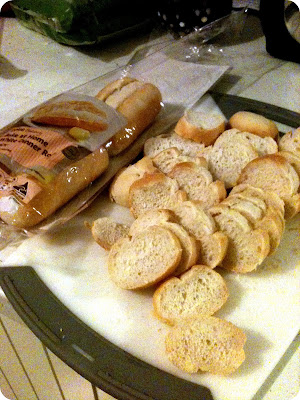 While your chicken’s baking, prep your croutons. Take a couple of those little warm-at-home rolls and slice them up as thick or thin as you want. 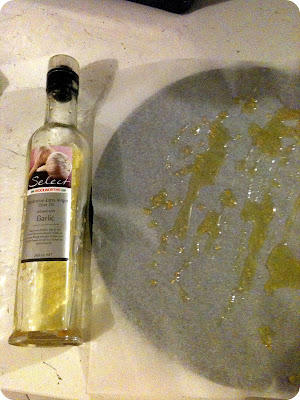 Get another oven tray, cover it with baking paper, and drizzle it with olive oil. I used garlic-infused olive oil for extra flavour. This step is important as it stops the croutons drying out super quickly, and adds a bit of flavour.
Next, spread out your slices of bread in a single layer on the tray. Spray them with olive oil spray, and sprinkle on dried oregano. 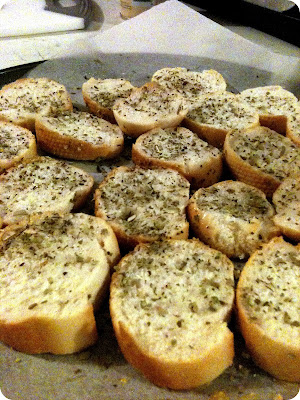 Set your tray aside and throw in the oven when the chicken has about 7-10 mins left.
Now you can prepare your salad. I used some mixed lettuces, red capsicum, cucumber, cherry tomatoes and sliced radishes. 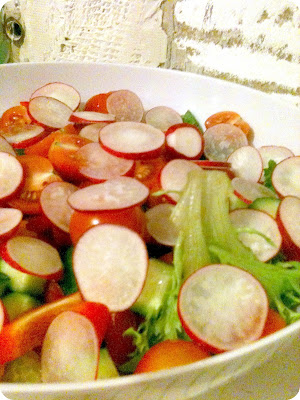 Heat a small amount of oil in a pan and pan-fry a couple of big mushrooms on medium heat for 3-4 minutes on each side, seasoning with salt and pepper halfway through. 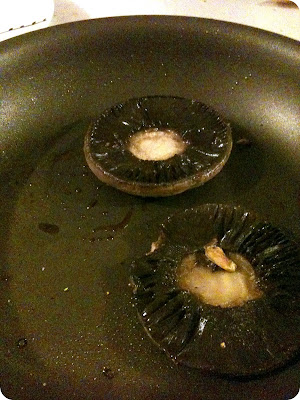 And while the mushrooms are pan-frying and everything else is in the oven you can make your vinaigrette. Combine 1/4 cup extra virgin olive oil, 2 tablespoons of white wine vinegar, 1 tablespoon of wholegrain mustard (I used roasted tomato mustard) and 1 teaspoon of caster cugar in a small jug. Mix like crazy until it’s cloudy-coloured. You could also combine the ingredients in a jar, seal it and shake it all up until it’s cloudy. Up to you.
By now everything should be ready! Slice up your chicken, and build your seriously delicious salad! Drizzle with the vinaigrette and top with a mushroom. Major deliciousness. 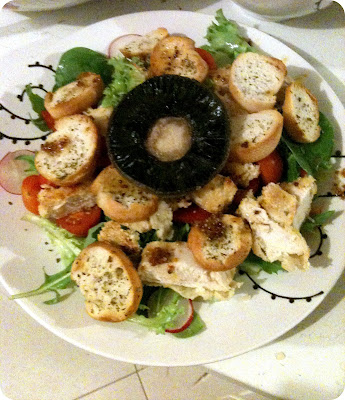 This recipe was enough for 2 very hungry people, but could probably be stretched a bit further, especially if it’s being served as an appetiser or a side.
If you want a properly laid-out recipe, here you go!