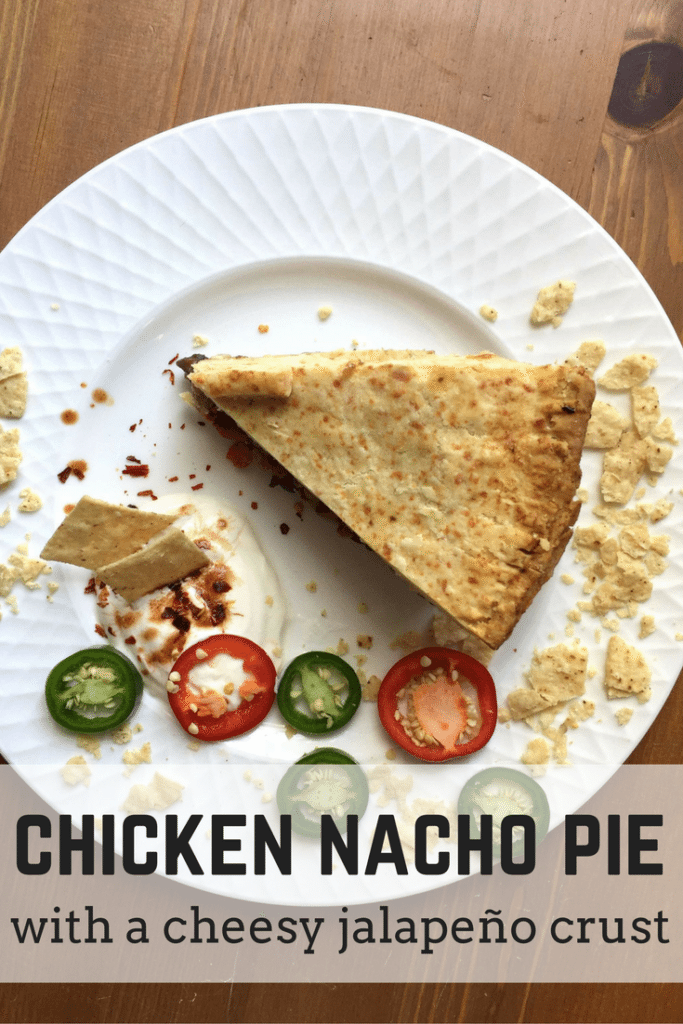 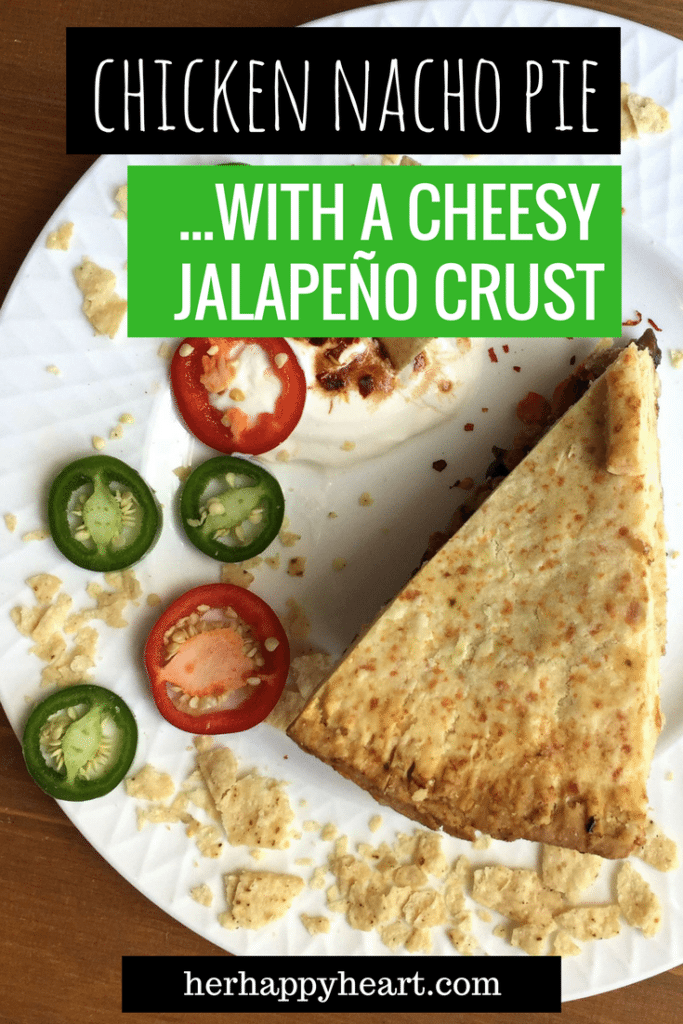 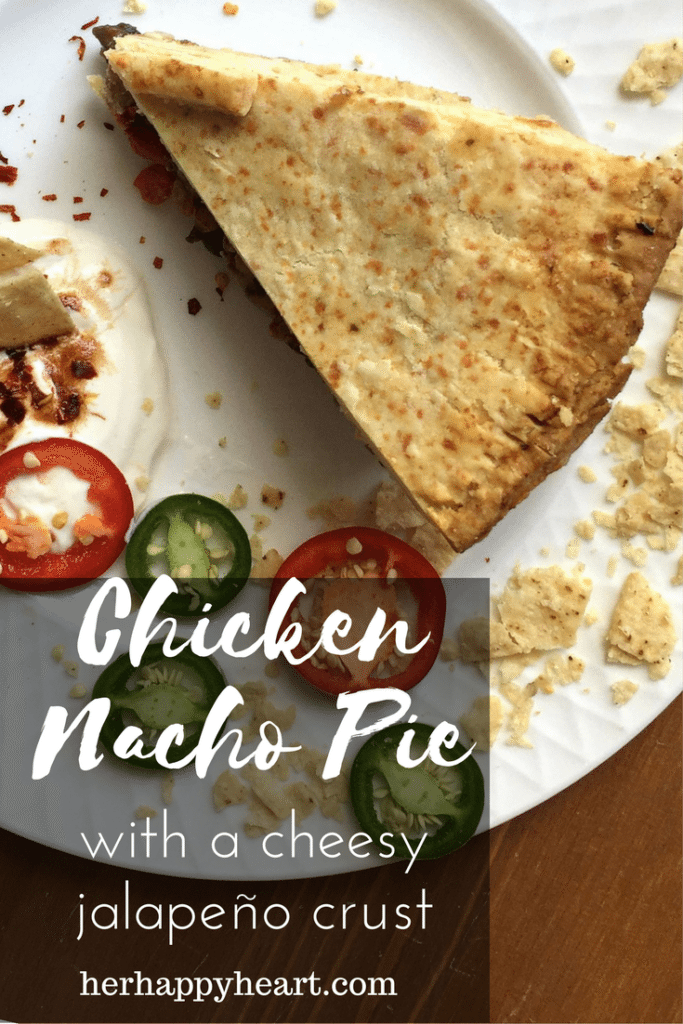 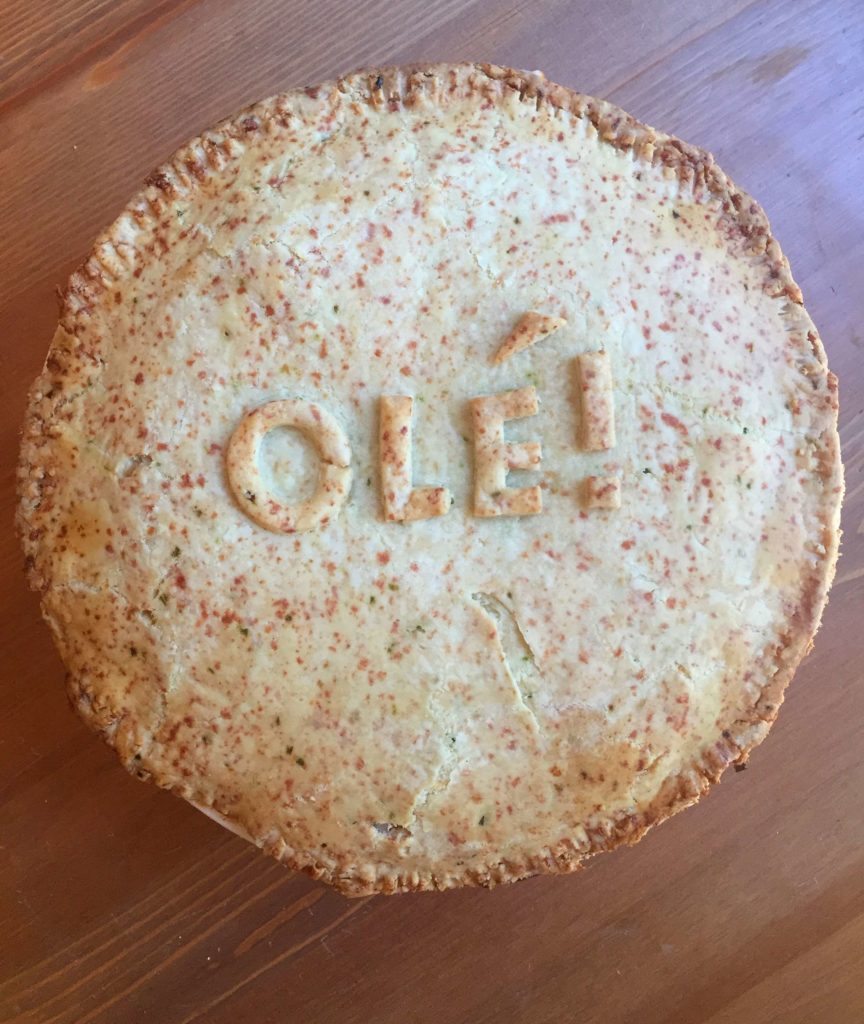 When my sisters and I were kids, we were pretty fussy with our food. Eating out was probably a nightmare for our parents. But one item on the menu that was always a safe go-to for all of us was nachos. One day we went to Miss Maud’s for a quick lunch at the shops, and discovered chicken nachos on their menu! Glory be! When the waitress arrived to take our orders, we went around the table, each gleefully ordering the nachos… and then it was Steph’s turn.

“Can I please have the nachos… without the Olé?”

Because on the menu, the nachos were described as coming “with a pinch of Olé” and Steph, not recognizing the word, assumed it was some weird exotic Mexican super ingredient that she and her plain kiddo tastebuds were having no part of!

Oh, how we laughed at her. It became one of those family stories that never goes away. It also became the inspiration for this cray-cray pie that I’ve made, so I guess it’s not all bad hey!?

This chicken nacho pie was borne of that last day before grocery shopping, when you have a mish-mash of ingredients in the fridge that you haven’t gotten around to using yet. That, and this family’s Great Love of All Things Mexican. Seriously, if we had to choose one cuisine to eat for eternity, we would all choose Mexican. Yep, even Jackson. Well, OK. Jackson might choose bananas but that is not a cuisine. Plus Chris is allergic. #twoagainstone #parenting #sorryjackson

The prototype version of this pie used puff pastry, which you can do in a pinch. It still tastes awesome. But if time is on your side, I would definitely recommend rolling up your sleeves and making the cheesy jalapeño shortcrust. It’s flaky, it’s spicy, and when you bake it, all these cheesy freckles appear out of nowhere, so it looks rustic as hell. 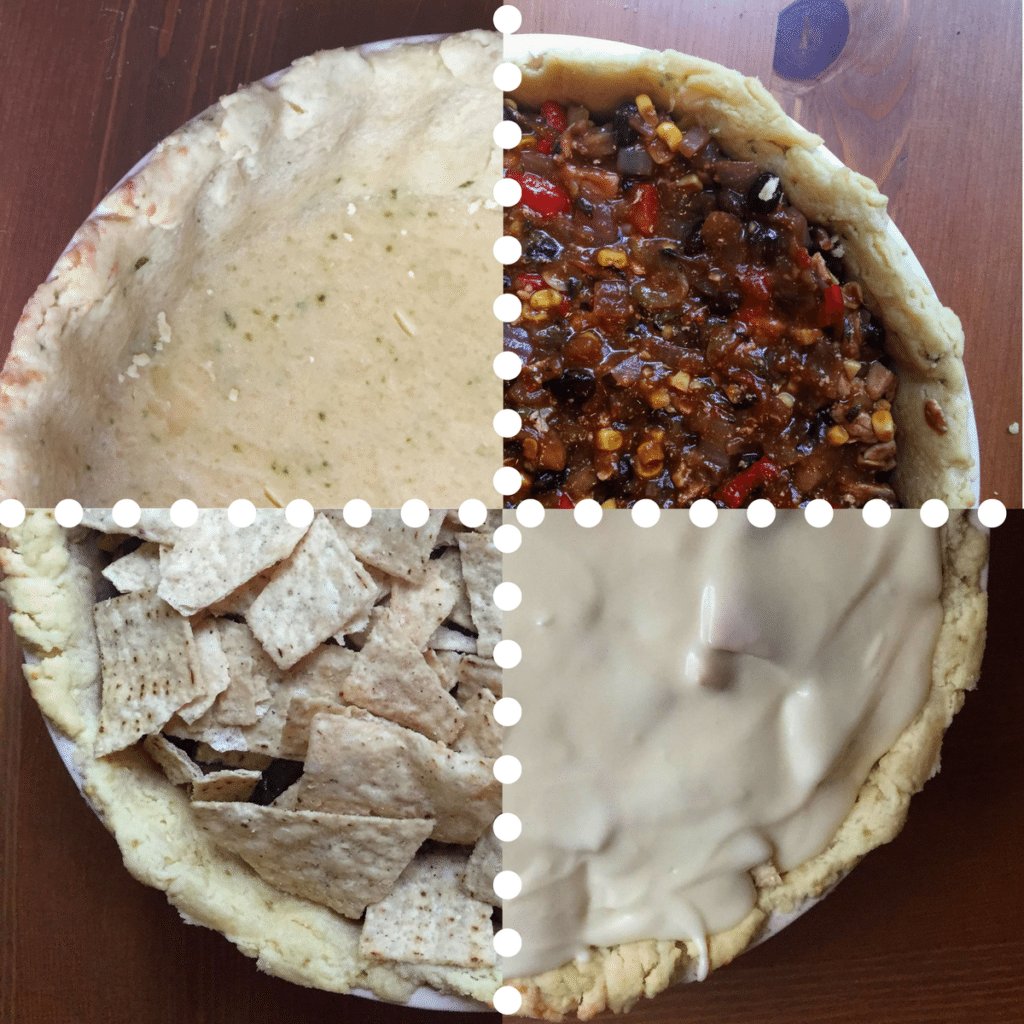 Do you see these freaking layers!?! I have dreams in which I dive into this pie with my mouth wide open and swim for my life.

I believe that even as a fussy kid, I would have eaten this because it legit tastes like chicken nachos – specifically the nachos in the middle of the bowl that you can’t grab with your fingers because they’ve been soaked to oblivion with all the gooey cheesy saucey goodness. Mmmm. I dig those nachos. But watch out for that Olé! 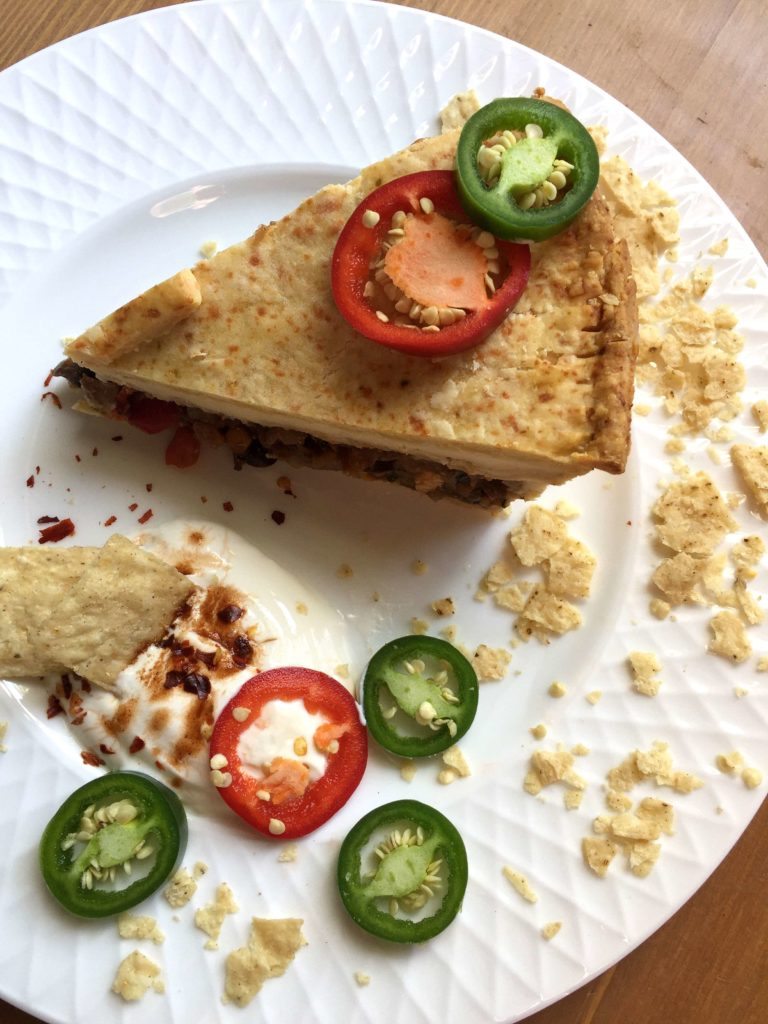 TIP: The pie filling only uses half a jar of salsa, half a pack of taco seasoning, etc. So that your ingredients don’t go to waste, double the filling recipe and freeze half for later! 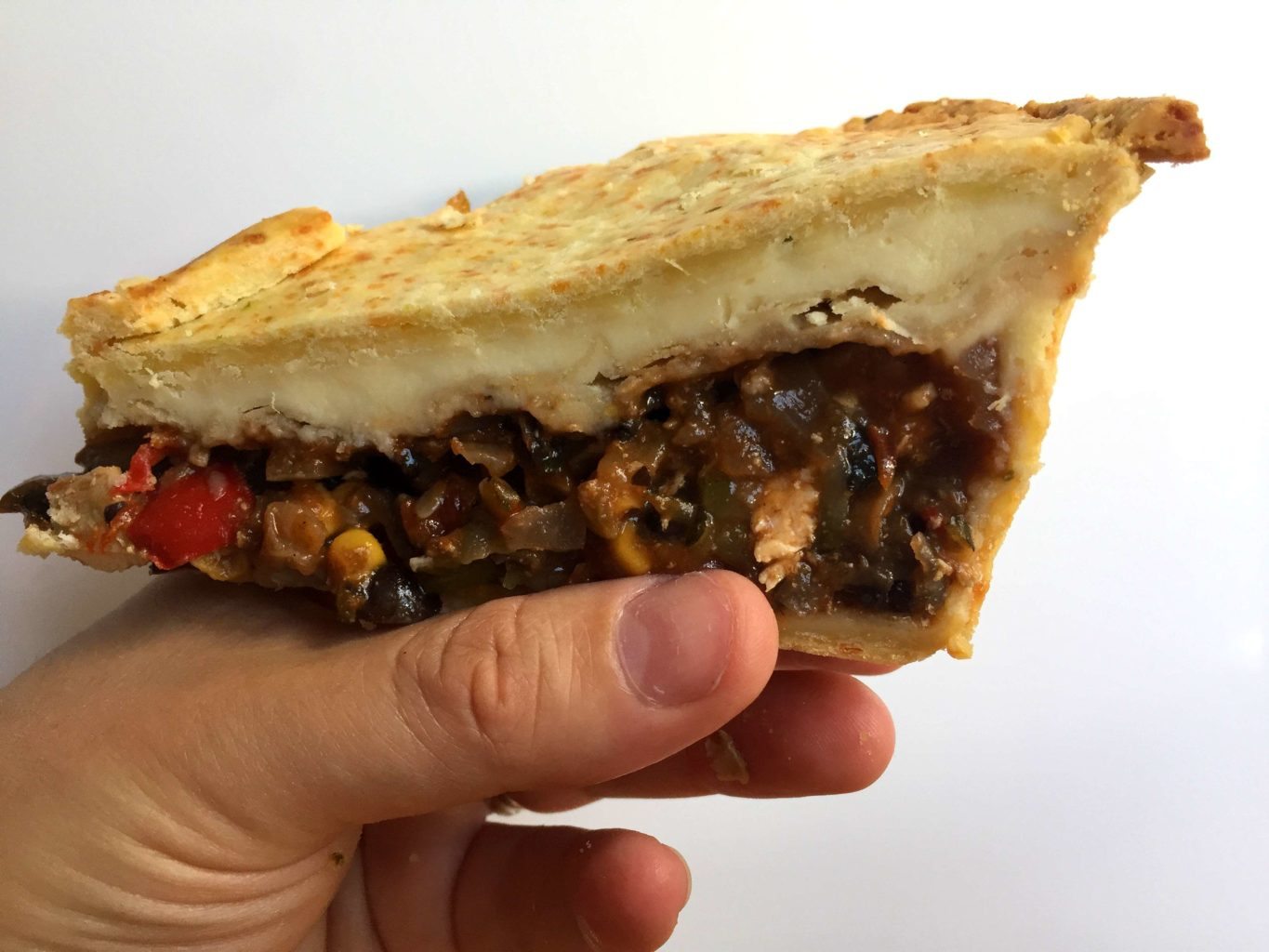 Is all this talk of chicken nachos giving you a hankering, but you don’t have time to bake a pie from scratch? Don’t worry, we’ve got you covered with these crazy easy 10-minute chicken nachos.

Previous Post: « The Blessing of Insecurity
Next Post: Emily Zylstra On The Art of the Side Hustle »