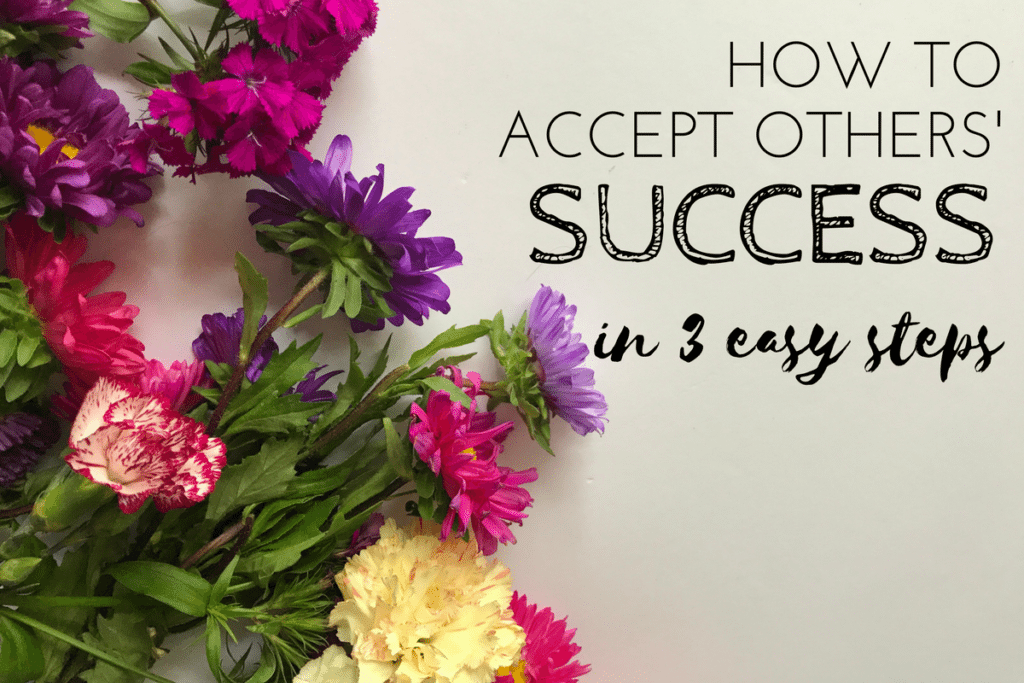 Alright. I don’t like to get gripey on here. But just give me a moment. I promise I will turn things around pretty quickly.

A friend’s sister and bro-in-law very cleverly paid off their mortgage in under five years, and recently our local news did a story on them. It was very exciting seeing the video grabs come up on Facebook and all the encouragement they received from both friends and strangers following the story. But, as is bound to happen in absolutely every comments thread on every Facebook post ever, from choc chip cookie recipes that are “way too high in sugar for my kids” to feel-good stories about dogs and babies ignoring the fact that “dogs and babies should never mix because dogs are unpredictable and far too dangerous even when heavily supervised”, there were plenty of negative comments.

And it was my least favourite kind of negative comments; the comparative ones. The ones that say things like “Yeah, but I’d like to see them manage that with kids!” and “Yeah, but try achieving that on a single income” and “Yeah, but anyone can have a tenant pay off their mortgage while they go live out bush if they don’t have a sense of commitment to their home town and family” as if all their hard work and careful planning meant nothing. The undertone of these kinds of comments screams “YOU DON’T DESERVE THIS SUCCESS BECAUSE IT’S SO MUCH HARDER FOR ME TO ACHIEVE THE SAME THING YOU HAVE”.


These kinds of comments seriously make me grit my teeth. I have to stop myself from becoming a keyboard warrior and giving each and every one of the offending parties a piece of my mind.

Because since when are there rules about the success of two young people paying off their mortgage early? Is it only a success story if they’re single-income battlers with two sets of triplets and a sick great-grandmother sleeping on the couch, who take in stray cats and have lost their only form of transportation, a rickety old push bike, in a bush fire?

I think you know the answer to that.

I mean sure, if they’d won the lottery and paid off their debt in one fell swoop, it would be exciting for them, but it wouldn’t be news-worthy. But that’s not the case. They worked hard. They planned carefully. They sacrificed. And they achieved.

Could I be envious?

Would that be justified?

Because during the four years that they were making their choices, Chris and I were making ours. I mean we were by no means extravagant spenders, but we didn’t prioritise paying off our mortgage. As a result they paid theirs off, and we did not. And even if we hadn’t been able to pay off the full amount in four years, we certainly could have made more of a dent than we did.


What I’m trying to explain is that our lack of success in paying off our mortgage is not their fault, and not something that I should hold against them. Yet every time I see a success story like theirs, inevitably tall poppy syndrome rears its ugly head and the comparison game between fellow humans begins.

So I think we could all use some tips on accepting other’s success today! 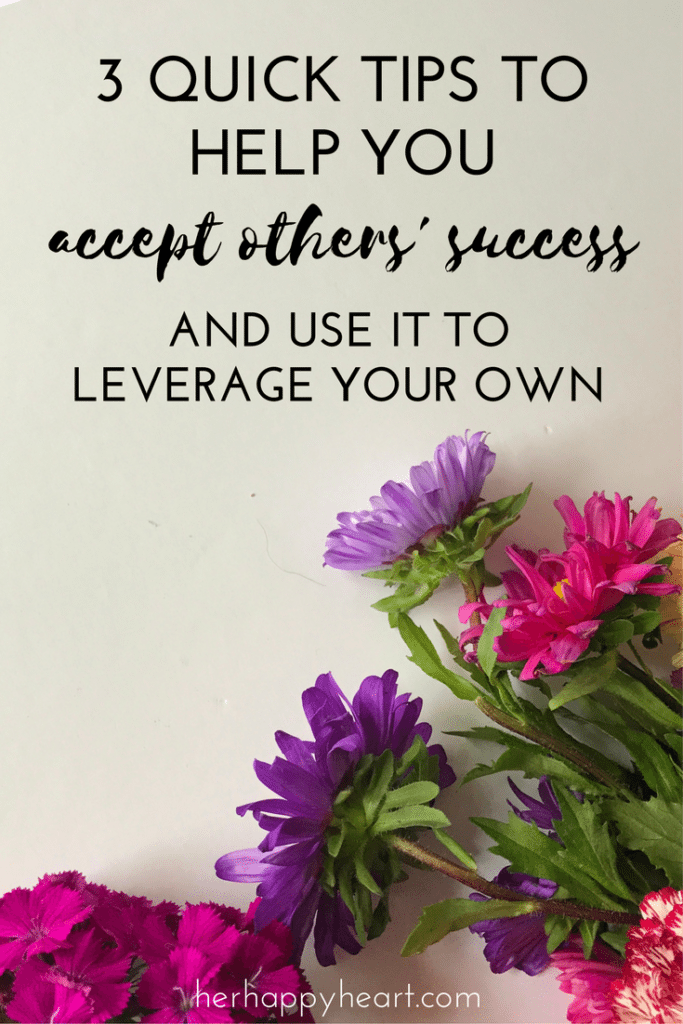 1. Stop Measuring Yourself Against Others

“Someone else’s success doesn’t make me a failure”

It’s a weird mentality, but it’s such a common one – we feel a sense of personal loss when someone achieves something that we want. But their ability to achieve doesn’t actually hurt yours, and the fact that they did it first is not important. What is important is that you don’t let someone else’s success become a barrier or setback on your own journey.

The reason we get that twinge of unhappiness when someone achieves something that we want for ourselves is because it feels personal. They may not even know you, they may just be someone whose journey you’ve read about online, but it feels like they’ve reached from their computer screen through to yours, slapped you in the face, and said “Ha ha. I’m better than you.”

So we beat them down, trying to put them back in their place, because it makes us feel a little better about ourselves. Well, the reality is that their success has nothing to do with you – and to bring yourself into it by way of comparison only serves to hurt you, not them… so stop it.

3. Start Channeling Your Envy Into A Tangible Action Plan

The amazing thing about success is that there’s room for lots and lots of people to achieve it. Just because one couple has paid off their mortgage faster than you, it doesn’t mean you can’t pay off your mortgage ahead of schedule too – or at least do something to get yourself ahead financially. Instead of going to bed with bitterness after reading someone’s success story, channel that jealous energy into your own success. Heck, find out how they did it and implement some of their tactics yourself! Treat others’ success as a boost of motivation for your own. It’s such a better use of your energy than stewing and moping about it is.

Believe me, I get it.

Not being jealous of someone else’s success can be truly difficult. I’m not perfect, I still have my moments too. But it’s important not to get caught up in it and finding yourself writing mean-ass Facebook comments to try and make yourself feel better. Ultimately, the smartest thing you can do when you hear a success story is to take it on board, learn from it, move on and focus on your own journey again. Can you do that?

Of course you can, you brilliant firecracker. 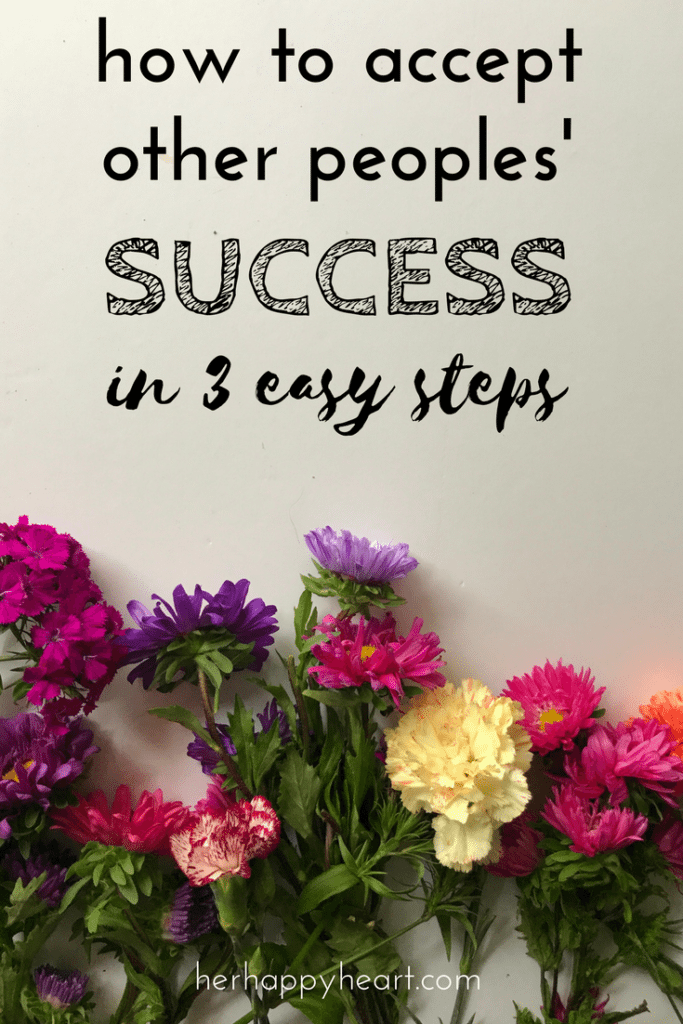 Previous Post: « For the Love of All-Natural Locks: Why I Quit Hair Colouring
Next Post: Learning Self-Care: The Importance of our Mental Wellbeing »